One Allen, One Bike, One Kidney

Where do you begin to try and understand what life throws at you? You look back on decisions you made and wonder if you made the right call? You question if it was made at the right time? You consider if it was worth it? This guest blog puts all these into perspective. Our day to day lives create a microcosm that we all feel comfortable in, we fill them with moments that we want to remember but also worries we shouldn't care about. For Allen, you could say he has been reborn after what he has had to endure. This post will remind you to take every opportunity you can and literally live life to the full...

This isn’t the end, it’s just the end of the beginning.. I woke up in the afternoon on the 21st September strapped to a machine, with electrodes on my chest, connected to morpheme with the unmistakable feeling of a catheter hanging out of me. I turn to my left slightly and there was an amazing nurse looking over me with the only care a nurse could:

‘Hey Allen, how are you feeling?'

'Your dad’s over there’, she leans in to tell me.

‘Are you sure? I don’t want to let my girlfriend or family down’ shakily reply.

‘Yes darling get some rest, you’ve been in surgery for 5 hours.'

Many of you reading this will not have a clue who I am or why I’m taking up space in this publication writing about an operation, when you want to hear about cycling routes or reviews. Well maybe this is a bit of a warning to you or maybe you’ll enjoy my journey. I’ll start from the beginning.

I’m an average Joe, I cycle 200 miles a week from my house to my work in Peterborough and then cycle at the weekend, I’m relatively slow, but I don’t stop. I decided to use my cycling to work as training to get me to cycle to far away places for charity. I’ve done a couple of LeJogs; London to Paris in under 24 hours and London to Rome within 14 days all of them on my own and sleeping in a tent by the side of the road. I’ve raised over £20k for various charities, and this year I’d been considerably ill so I cut short any ideas of a long ride and decided to do a London to Paris and back ride all within 48 hours to raise money for my mates cancer treatment. In the build up to the last few huge cycles I noticed a sharp pain just to the left of my spine in my lower back. After three years of tests and agony it turns out my left kidney was full of 1.25 litres of pus and it needed to come out. The hospital cancelled the operation a few times due to the NHS being marginalised by all of the governments in the last 20 years and that was that. I either wait for the op or go cycling. A couple of years went by and I was fairly normal, on average I’d be in agony for a couple of weeks a year where I literally couldn’t move but I still managed to cycle to Rome!

With my work I get to travel around the UK a lot as we have offices dotted all over the country and the Tuesday before I went into hospital I was in Manchester. and I met up with my mate Tony. Tony was full of his usual joie de vivre, within 10 minutes of ordering pizza he exclaimed I didn’t look well. Due to mass underfunding and privatisation of the railways it took 3.5 hours to get home, I was playing Football manager on my ipad but I could feel a twinge in my back, it was the unmistakable start of a kidney attack. I got home and slept for several hours only to wake up shaking uncontrollably dripping with sweat and a temperature of 40 degrees! This was the kidney giving up and sepsis o’clock becoming a reality. Panic stricken I called my dad, and before I could move my bike out of my bedroom (I live in a tiny flat) there were two paramedics and my dad looking at me with worried faces. Within minutes I’m on Morpheme, in the back of an ambulance trying my hardest not to throw up yesterday’s pizza. I was 2 days away from my charity cycle and this happened... I felt like I had let a lot of people down.

In short I was in hospital for a few days, I had my kidney drained, with a record amount of pus removed and a temporary drain put in. It was mental, at one point I was told I’d have 6 weeks to live if the kidney wasn’t removed and I had a heart murmur. The poor little Kidney had that much pus in it; it could have burst and leaked into all my organs! After a week of being looked after at home it was time to have my kidney removed, it was bloody scary for someone who has never had anything like that happen to them. However there are children who daily go through a lot worse than I did! My girlfriend at the time was also losing her mother to cancer so I imagine she was going through a lot worse as well as her wonderful mum Alexandra.

As I was laying in hospital (with no internet) I watched my old cycling videos on my phone. My Rome ride, cycling through the alps, the highlands, Paris, everything. I was told that I probably couldn’t do those sorts of trips anymore, which was a killer, especially when you still have a catheter hanging out of you! I won’t bore you with the details of recovering about in hospital, we all know it’s hard, and horrible. I just hope if you do ever need to go to hospital you have had nurses & doctors as good as mine in Addenbrooks!

One month later, on the 21st October, I was strong enough to lift my bike off its wall mount, don some lycra and attempt a ride. I was so very swollen so much so I could barely do my jacket up, I was still injecting some medication in my belly at the time (which was as fun as it sounds) which also made me a bit spaced out, but either way I WAS CYCLING! If any of you have had the sheer joy of cycling after doing nothing but laying around in agony for a month, you will understand the sheer happiness on my podgy little face. I managed 5 miles, 5 pathetic little miles; I was used to doing 105, not 5. What is going on? Upon my return home, I literally crawled into bed. I slept for 17 hours that day/night. I needed a lot more rest, but resting isn’t my strong point!

On 5th of November I was back in the saddle again, this time 10 miles, a couple of days later 12 miles. I was building the miles up but my god I had lost all my fitness, I had no core strength, braking was scary cars felt closer than ever and every bump in the road was like a boot to the wound. I persevered though and towards the end of November I was back cycling into work (30 mile round trip) twice a week, I felt good, fat… but good! In the first week of December I had my meeting with the consultant surgeon back in Cambridge (45miles away), I was unable to drive down there, the trains are rubbish and usually late so there was only one thing for it… I cycled! 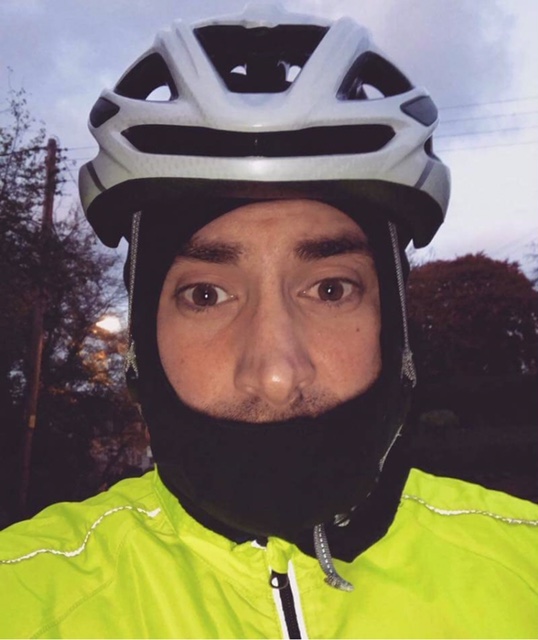 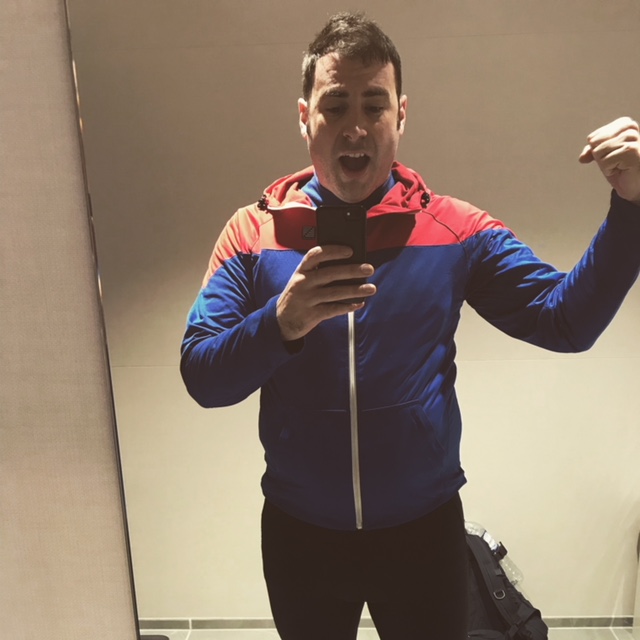 There were several points on my journey where I thought ‘I literally am the most ridiculous person in the whole of history’. To my friends & family reading this and discovering I cycled there for the first time.. I am sorry but I had to do it! I got the train back though. When I spoke to the surgeon he was impressed with the recovery, he was impressed with the effort I put in to get back to normal, he was even impressed at the amount of cheesecake I ate, and he was impressed/shocked when he found out I cycled. Dr Aho put on my patient care letter ‘Allen clearly had professional levels of fitness prior to coming into surgery this is why his recovery has been so fantastic, however I think he needs to have has head checked after cycling from Stamford to Cambridge to see me!'

That’s just it, we as cyclists are a different breed. We don’t get up at 6am to get soaked in the rain and abused by cars for the fun of it, we are wired differently. Personally I cycle for at least 2 hours a day so I can do my 10 years of charity work. Many of you out there will do the same, or you will do it just for the love of cycling. To you all, I salute you, but never take cycling or your health for granted because one day it may get taken away from you.

I am currently training to be ready to cycle to Paris and back in March/April and then my big ride of the year will be from my front door 100 miles north of London to a Ringo Starr concert in Finland all for a very good cause.

In the meantime, stay lucky.